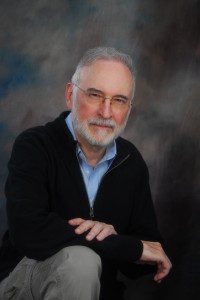 Writing humorous fantasy novel(s). The first one, titled The Universe Builders: Bernie and the Putty, was published June 2014. The book reached best-seller and top-rated statuses on Amazon.com while winning sixteen awards for excellence in both national and international competition (UniverseBuilders.com/awards/). Working with a group of local writers, we formed a publishing company called Argon Press (ArgonPress.com) through which we publish and promote our work. More recently, we formed an author association called Michigan Authors (MichiganAuthors.com) which we use to organize author events and book promotions.  We have a Facebook group of the same name.

Responsible for overall operation of a start-up company offering a wide range of Internet services, including web page development, web hosting, custom database programming, dedicated access, and Internet marketing services. During the second year of operation, we became the largest and best-respected web development provider in the region, winning major contracts as well as numerous awards for high-quality website design from the American Advertising Federation. The Flint Chamber of Commerce named us their official Internet company and recommended us exclusively to all 2,000 of their members. Achieved ISO 9001 registration, which only four Michigan-based internet companies have done. In December 2001, we sold the web design division to an employee group. Because the name “ActionWeb Services” was included with the sale, we renamed the company “AbleTeam, Inc.”, and business continued under the new name (see above).

Responsible for overall operation of a start-up company specializing in on-site computer sales, service and network systems. This was conceptualized as a diversification effort by Insight to reduce its dependency on healthcare revenues. The company became very successful, with sales of $2 million in its second year of operation. Satellite offices were established in Saginaw and Troy, Michigan. This is a wholly owned for-profit subsidiary of Insight (see below).

Responsible for overall operation of a sub-acute hospital system (non-profit) specializing in substance abuse and mental health services.  The organization consists of 2 detox programs, 2 sub-acute residential programs, 3 day treatment programs, 14 outpatient programs, 1 halfway house program, 1 3/4 way house program, and an administrative office. Insight employed a staff of over 300 with a budget of $14 million. These services are provided at 17 locations throughout Eastern Michigan.  We also operated treatment programs for 14 hospitals in Michigan and 3 more in Florida, Alabama, and Illinois.  Insight has an outstanding reputation for high quality services, having received one of the first “Accreditation with Commendation” awards from the Joint Commission on Accreditation of Healthcare Organizations (JCAHO), receiving the first three Gold Seal Licenses awarded by the State of Michigan, as well as recognition by both General Motors and Ford for high-quality cost-effective treatment. In addition, Insight owns and operates Axxon, a wholly owned for-profit subsidiary specializing in computer service and sales (see above).

Past President’s Award. Awarded by the Flint Area Advertising Federation by special vote of the past Presidents of the Association. (2006) for contributions to the association and the advertising industry.

Other Awards.  Numerous awards for active involvement in various non-profit and community issues and causes.

Have conducted numerous workshops and conferences on a variety of different topics, primarily in the fields of internet technology, mental health, and management processes. Topics have included web page development, online marketing, healthcare reform, strategic planning, non-profit entrepreneurialism, personnel selection, organizational dynamics, corporate culture, professional credentialing, and general management issues.  More recent presentations have been in the area of writing and publishing with a special emphasis on the use of social media.

Married with one child.