For those of you following the saga of my broken leg, I have an update for you. 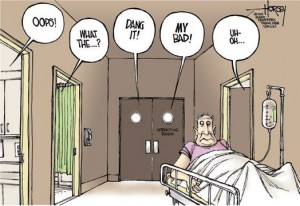 It has been 15 months since I broke my leg.

It happened on the first day of our vacation in Rome.  I have tried not to be critical of the healthcare I received in Italy, but, honestly, there were a few problems.  And, contrary to what some of you have suggested, my biggest problem was NOT a lack of internet access.  However, I won’t bore you with that.

The break was fixed with a rod inserted inside my tibia and held in place with two sets of screws.  Unfortunately, the screws were not positioned properly and for six months, the edges of the broken bone were held too far apart by the rod to heal.

The solution?  Remove one set of screws, so the bone edges could come closer together.  We did that in April 2013.  In the recovery room, I asked my doc if I needed to take any special precautions.  “No.  Use it.  Abuse it.  No problems,” he said.

It didn’t work out that way.

The rod was too long and the gap between my broken bone was still too great to allow the bone edges to come together.  Further, with the screws gone, the bone was no longer held in place.  I could no longer walk without crutches. 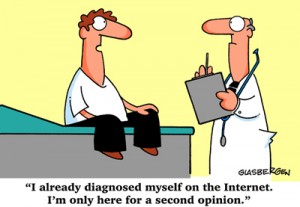 This produced an interesting problem.  With every step, my weight went into the rod, which was bolted to the upper part of my leg.  Since the bone edges still weren’t touching, the rod ground it’s way down through the inside of my tibia.  In June, when looking at the x-rays, I noticed the rod was about to break through into my ankle joint.

The solution?  I changed doctors.

I spoke with several physicans about what to do when we have a non-union after so much time.  Most of them suggested the entire operation be redone.  This time, they would take out the rod, use a ‘scratcher’ inside my leg bone to make it bleed, and then put in a bigger rod.  I really didn’t want to do that again. 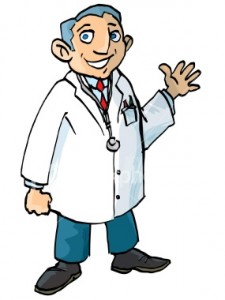 My new doctor suggested that instead of redoing everything, we might try removing the last set of screws (the one that holds the rod tight to leg bone above the break.  He said the tibia in that region is softer than the ankle, and the rod will be able to move up toward the knee instead of down into the ankle.  I agreed and in July, we removed the last of the screws.

In October we did more x-rays.  To my relief, the rod was no longer moving downward.  To my disappointment, the bone edges, although now in good proximity to each other, were not showing signs of bone growth.  Admittedly, until July, the bones were never close enough to have done much.  However, in three months, we should have seen something.  To make things worse, I actually have a ‘butterfly fracture’ which involves more separation of the bones and is much harder to heal. 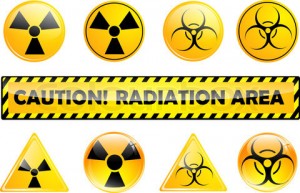 We agreed to give it another three months.  During that time, I asked for a ‘bone stimulator’.  This device uses electrical pulses and magnetic fields to wake up your body and get it to start generating bone matter.  (I’m glad I don’t plan on fathering any more children.)  My doc wrote the prescription and my insurance paid for it.

In the last three months, I used it every day.  I have also been walking on Marge’s new treadmill to further stimulate the bone growth.

Today was the big day.  Would the x-rays show that my bones were finally healing?  Or was it time to admit failure and schedule the surgery?

The answer is:  bone growth demonstrated.  No surgery needed.  Keep doing what you’re doing, he said.  Come back in 4 months.  Stay away from doctors in the meanwhile. 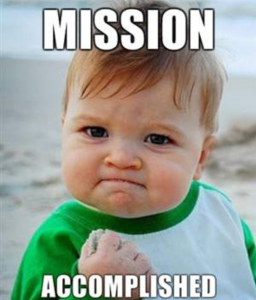 Okay, okay.  Don’t give me a hard time for saying, “Mission Accomplished.”  I know it ain’t.  But it feels like I just passed a big hurdle and from now on, it’s much smaller steps.

For those of you who have put up with me (and still have a few more months of having to do so), I thank you…

For those of you who haven’t heard, our trip to Italy did not go as planned.  On the second day, we were on a Hop On / Hop Off Bus taking us around Rome.  It was raining, so the next time the bus stopped, we decided to go down from the upper deck to the lower deck.  Unfortunately, I slipped and fell on one of the steps and broke my lower leg in two places, plus some radial fractures. 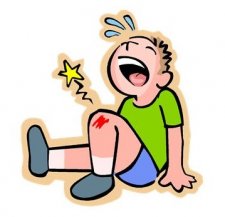 They rushed me to one of the Italian hospitals where I was admitted.  This was last Saturday.  They have a waiting list system here so I was given a bed and told they would get to me maybe on Wednesday or Thursday, although it might not be until the week after.  As a temporary measure, they drilled a hole through my heel, put a wire through it and then put a weight on the end of the wire.  The goal of all this was to keep the bones in my leg pulled apart so the broken edges did not clash together, which is where the real pain comes from.  Then, of course, you have to lay flat on your back day and night to make sure you don’t have any further aggravation of the injury.

Surgery was, thankfully, on Wednesday (only a four day wait).  It went well.  I ended up with a titanium rod inserted through my tibia (plus a couple pins to hold it in place).  The broken fibula apparently will heal itself as long as it has a nice strong tibia to support it.

To my surprise, I don’t have a cast.  Also to my surprise, my leg is very stiff (ankle and knee), and every time I get some mobility back in one part, I lose it just as fast in the other.  I have some crutches, the kind with the curved  grips around the wrists and I made excursions (hopping on one foot) to important places like the bathroom (a pure joy to be able to go yourself).

Marge has been a great help during all of this.  Providing me with moral support, canceling parts of our trip, arranging for faster return home, and much more.  We met some local people who have been terrific in helping with translation issues and transportation.  One of them even brought in some non-hospital food for us to share.

I was discharged on Friday night, and one of our new friends took us to the hotel.  He will pick us up Sunday morning and transport us to a new hotel closer to the airport.

Marge managed to get our flights changed to Monday, so we are just waiting for the flights.  She managed to get them upgraded to first/business class which is critical because I have to keep my leg elevated whenever possible.  The second I lower it in the direction of the floor, it fills with pain and starts swelling up like a sausage.  My doctor said he wrote this requirement into my treatment plan.  Do you think Blue Cross will cover it?

We have had several volunteers (Jerry, Ken, Dad and Roger) to help get us from Grand Rapids back home for which we are very grateful.  Not sure what that plan looks like but I know they were talking about it.

I am grateful for all the prayers and well wishes and good vibes being sent my way.  Thank you all for your support.  We both appreciate it very much.

Marge and I are joining Jeff and Peg for a Mediterranean Cruise.  We will be in Rome for 3-4 days before boarding the cruise ship for a 12-day trip that will take us from Italy to Greece to Turkey and back to Italy. 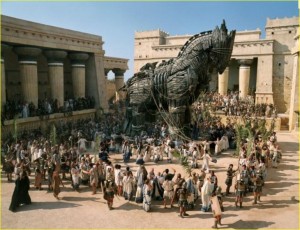 I tried to arrange a trip to see the ruins of Troy.  There are several trips offered out of Istanbul, but every one of them would fail to return before the ship sailed again.  Looks like my quest to explore Troy will have to wait for another time.

We also checked trips out of Athens that would take us to see Delphi (where the famous Oracle predicted the future in the Temple of Apollo).  Same problem.  We can find the tours, but none of them will get us back in time for the ship’s departure.  I have been there before, but Marge wanted to see this one.

But there will be lots of great places to see:  Rome, Colosseum, Vatican, Naples, Pompei, Herculaneum, Athens, the Acropolis, Mykonos, Santorini, Istanbul, Ephesus, and much more.  It is a good thing we have digital cameras now because I don’t think I could afford all the film.   😉

We will back in time for Trick-Or-Treating.

Marge and I had a great trip to China (April 13 – April 27, 2012).  It is an amazing country and many of the pictures in my head were totally outdated and/or wrong.

I would like to share some of our experiences here.  The goal isn’t to produce a travel log, but rather a series of insights and observations.  First the disclaimers:

Some of the things that were absolutely impressive: